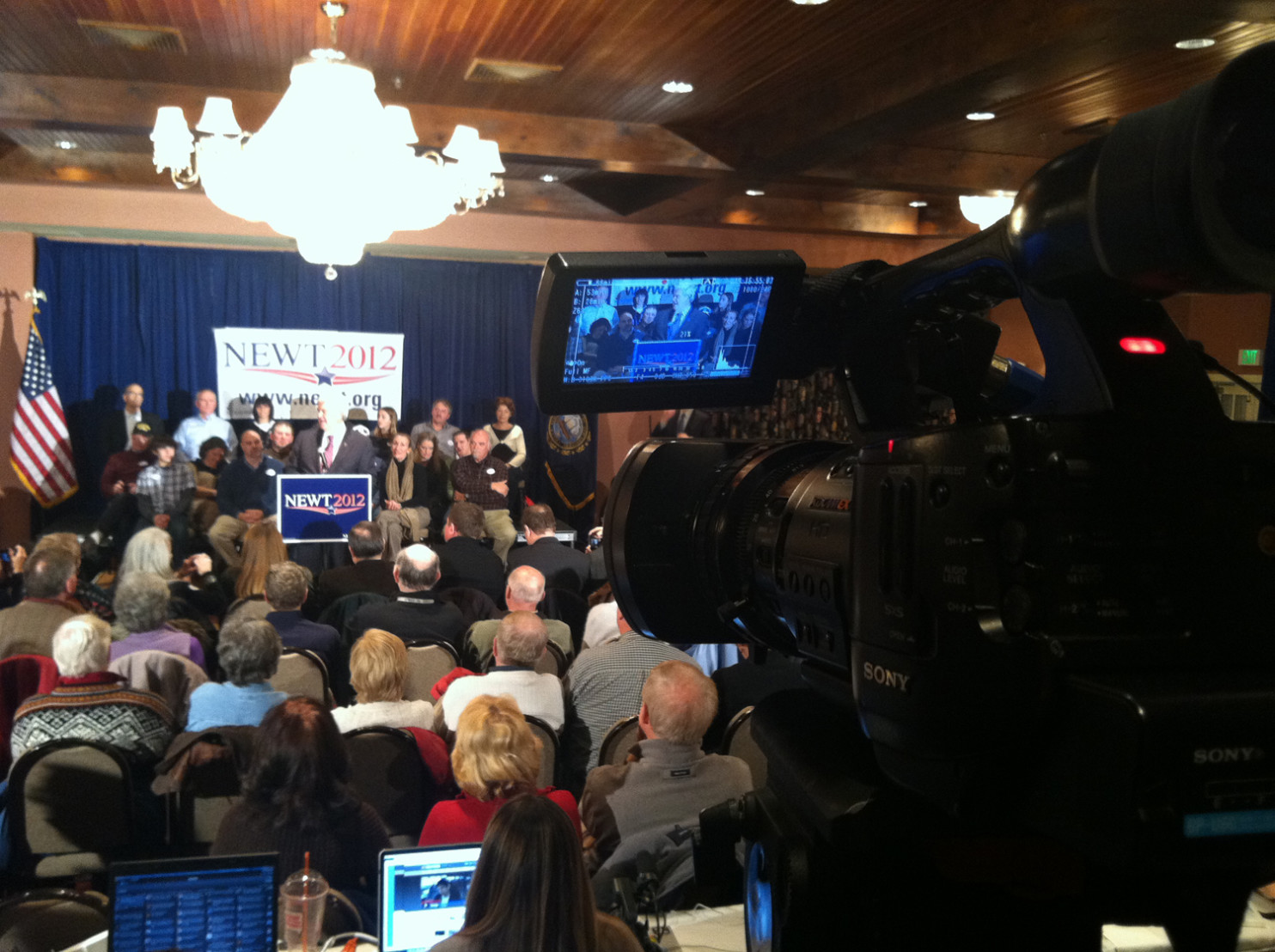 McElroy Films is working with Presidential Candidate Newt Gingrich on his travels in New Hampshire this Winter. We’ve been hard at work on the campaign trail with the former Speaker of the House traveling to schools and town halls. Yesterday was exceptionally fun with the Presidential Candidate. We traveled all over New Hampshire visiting businesses, colleges, debates and interviews. First stop was at Insight Defense Company where he met with the CEO and workers at their HQ in Londonderry NH. Here’s the full article on the Christian Science Monitor

We then traveled to a Mom & Pop’s Pharmacy in Hollis NH. Where he was greeted by media and supporters. Here’s the full article on Boston.com Afterwords, we traveled to Nashua High School where he went on television and spoke in an Editorial Board meeting for Nashua.

Later that day we traveled back to Manchester to Dyn Industries. I real 2.0-type company that hosted a small event to workers and media. Full Article on Boston.com

In the early evening we headed to St. Anselm College to the Institute of Politics for a CSPAN debate with Gov. Jon Huntsman. Here’s the article in CNN.

That evening Newt drew a huge crowd of over 1000 people for his town hall meeting at Windham High School. Here’s the full article on Patch.com