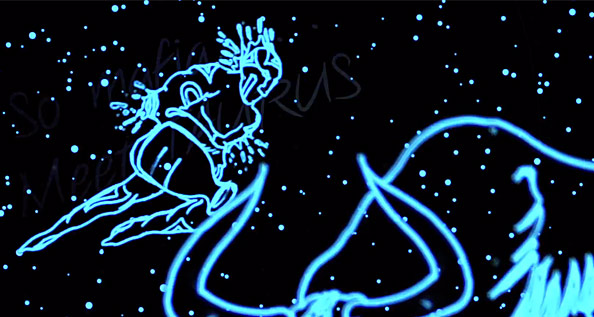 With last year’s success of the “At Fenway” music video staring William Shatner, ‘croonerman’ Brian Evans has turned his focus to a different facet of the entertainment industry: Writing. Together with his mother, Helen Marie Bousquet and friend, Mark Andrew Biltz, Brian wrote a thriller, ‘Horrorscope’, featuring a psychic that is forced to work for the mafia. Things don’t go too well for the mafia when their entrapped psychic’s death brings forth a violent manifestation of the Zodiac to avenge her mistreatment. The book was officially released the beginning of April to great reviews and is available in stores and online.

To promote the novel, Brian reached out to McElroy Films to create a concept and execute a basic 30 second trailer that will be shown in AMC theaters in the United States and beyond for several months. McElroy Films previously created a trailer for Brian’s ‘At Fenway’ music video that also aired before movies before the start of the Red Sox 2013 championship season with great success.

The Horrorscope trailer features a ‘star chart’ design complete with the Zodiac signs. The music was customized and composed by Chris Bezold, a frequent partner of McElroy Films over the last year, composing work for such videos as the ‘WWPass’ overview and others.