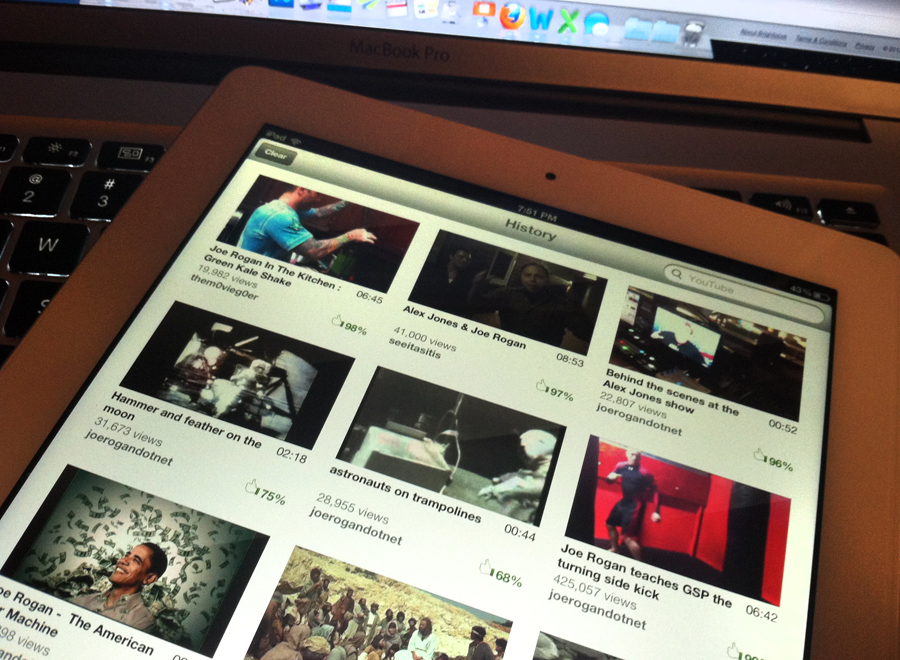 Watching videos on the web, and especially on mobile devices, is a bit more complicated than it seems.  This stems largely from Apple’s disdain for Adobe Flash, which is why Apple doesn’t allow the Flash runtime to be installed on iOS (the operating system for the iPhone, iPad, and iPod touch).  According to Adobe, 75% of web video is viewed using the Flash Player, 70% of web games are made in Flash, and 85% of the most-visited web sites use Flash in some way.

The late Steve Jobs had some very strong feelings about Flash, and Apple’s relationship with it.  There have been many arguments for both sides, whether it’s from web designers, app developers or just the everyday Internet consumer.  One of Jobs’ gripes was that Flash videos drain a device’s battery life.  For example, on an iPhone, videos decoded through hardware can play for up to 10 hours, while those decoded through software (Flash) would play for only 5 hours before the battery is drained.  Another is that Flash is not very secure (according to Symantec).

The biggest problem for Flash when it comes to websites is that many Flash websites were not built with touch screens in mind, but rather for PCs using a mouse.  For instance, many Flash-based websites have “rollovers” which allow additional options or sub-menus that appear when the cursor hovers over a particular area.  This action just can’t be done with a touch screen unless the coding for the site is rewritten.  However, many sites have created mobile versions of their pages that are completely touch-friendly, but there are still plenty of websites that have not, will not or cannot make a mobile version for a variety of reasons.

This issue does not necessarily pertain directly to video-watching on a mobile device, but if you have an Apple device and a website is either made with Flash or has a Flash video on it, you won’t be able to see it.  The same goes for the plethora of Flash games on the Internet.  But eventually, Flash support for mobile devices will go away completely.  The new version of the HTML coding language, HTML5, is solving the operating system and browser compatibility issues with video.  Instead of being owned by one sole proprietor like Flash (Adobe), HTML is controlled by a committee of three companies (Apple, Mozilla Foundation, and Opera Software), thus making it an “open standard.”  This “openness” allows different companies and people to contribute to the improvement and advancement of the system.  Both iOS and Android support HTML5.

This is a pretty tech-heavy topic, but Long Tail Video does a great job explaining HTML5 and its benefits for video playback compatibility.  You can check out that information here: http://www.longtailvideo.com/html5/.