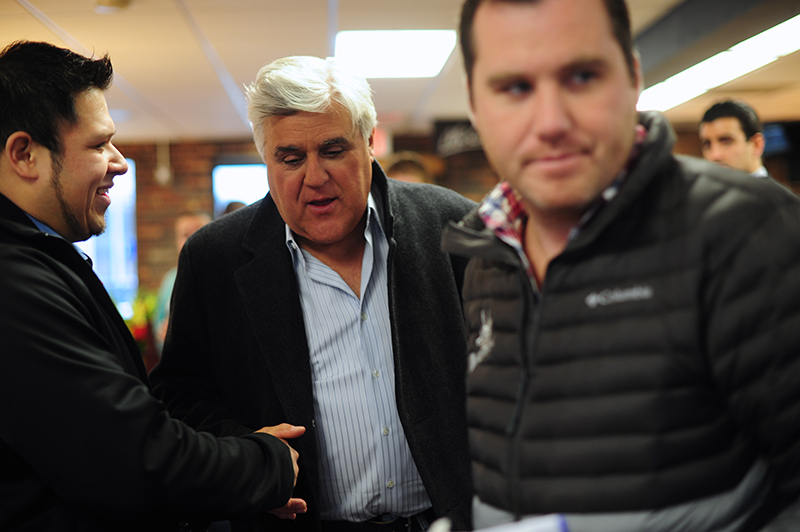 Jay leno has been a TV icon since 1977. He officially became the Tonight Show host in 1992 replacing Johnny Carson.  Leno has been an influential comedian for millions of viewers over the years. There’s no wonder why his retirement from the Tonight Show came as a bitter sweet for his massive fan base.

The TV special includes footage of Jay in his old stomping ground of Andover, Massachusetts. Revealing many secrets including how he started his work career at McDonalds flipping Burgers. McElroy received the call early Saturday, January 11th to film run & gun footage at the McDonald’s restaurant, 195 N Main St, Andover, MA. On the scene were many cameramen and producers. All following Jay’s every move from flipping burgers to serving unsuspecting customers in the drive through. Suddenly, fast-food goers realized was happening and soon the whole entire restaurant was packed with fans eager to catch a glimpse.  All in all the whole production lasted about 45 minutes, as soon as it started it was over when Jay was whisked away in a black sedan.

McElroy Films was honored to capture such a great moment on video. Take a look at the photos above!