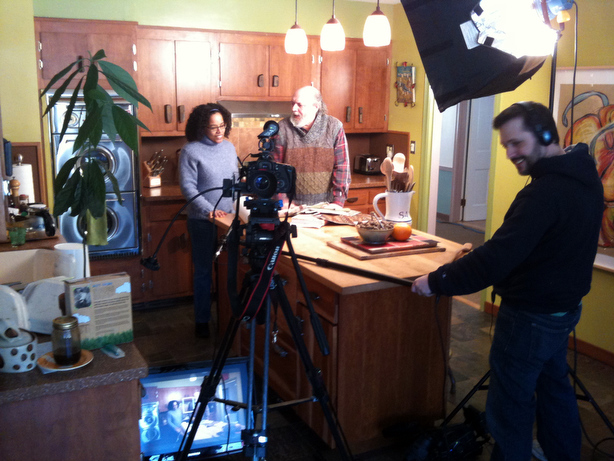 We had the opportunity to work with Davis Advertising of Worcester, MA. McElroy Films was contracted to shoot a TV Commercial called “Think First” a tv campaign for the Webster First Federal Credit Union. Using the New Canon EOS 7D exclusively.

We had multiple locations in and around Worcester. Mainly taking place in residential homes. Each scene featured a different actor or actress saying different one-liners such as, “What’s the best way to safeguard my family’s financial future?

“I finally found the house that I love.  Now I need to find a mortgage.”

We used an Arri 1k softbox chimera, and 2 x 650w for all of the lighting. We also used the Canon 7D with HDMI out to a 26 inch Samsung 1080p monitor for focusing and playback. We had a Canon XL2 to capture audio and an Indie Dolly for all the shots.